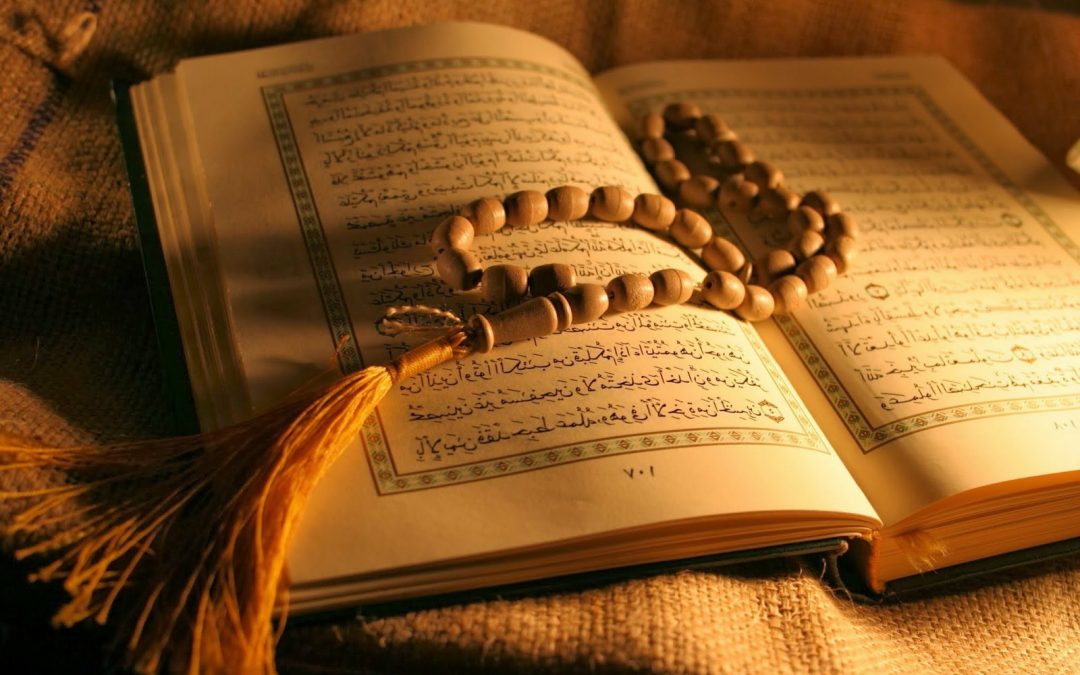 Has The Quran Been Perfectly Preserved?

HAS THE QURAN BEEN PERFECTLY PRESERVED?

HAS THE QURAN BEEN PERFECTLY PRESERVED?

‘Uthman, “O chief of the Believers! Save this nation before they differ about the Book (Quran) as Jews and the Christians did before.” Sahih Bukhari Vol. 6, Book 61, Hadith 510

One of the main accusations made against the Bible by Muslims, is that the Bible is corrupted. When you ask for evidence, they point to manuscript variants such as the story of the women caught in adultery found in John 7:53-8:11 or the long ending of Mark, specifically Mark 16:9-20. There are approximately 9 meaningful variants in the New Testament, most are only a sentence long and none of them effect any core Christian doctrine. However, Muslims present these variants as irrefutable proof that the Bible has been corrupted. It is not the intention of this post to examine these variants, but I will include discuss each one in the appendix bellow.

THE MISSING VERSE ON STONING ADULTERERS

In Islam, the punishment for adultery is death by stoning. This is clearly prescribed in many hadiths. However, it does not appear in today’s Quran, even though it was originally recited as part of the Quranic revelation originally sent down by Allah to Muhammad.

‘Abdullah b. ‘Abbas reported that ‘Umar b. Khattab sat on the pulpit of Allah’s Messenger (ﷺ) and said:

This hadith makes it plain that when the Quran was compiled as a book, something Muhammad never authorised, not all of what was recited was included. Muslims respond to this hadith in a number of different ways. Some Muslims have responded by arguing that although the verse was originally given as part of the Quran, the verse itself was abrogated without effecting the punishment it prescribes. However, the Quran clearly states that if a verse is abrogated, or caused to be forgotten, Allah will bring a better verse or a similar verse.

Whatever a Verse (revelation) do We abrogate or cause to be forgotten, we bring a better one or similar to it. Know you not that Allah is able to do all things? Surah 2:106

That in itself is an admission that some parts of what was originally revealed as the Quran were cancelled or forgotten. The main point is that there was no replacement of the verse about stoning in the Quran and therefore, it cannot be argued that it was abrogated. Other Muslims might try to argue that this is a weak hadith, however, this is from Sahih Muslim, one of the most respected hadith collections in Sunni Islam. “Sahih” means “Sound”. Other Muslims try to argue that isolated hadiths can be scrutinized and rejected. However, the existence of a Qur’anic verse about stoning adulterers is found in other hadiths as well.

Narrated Ibn `Abbas:`Umar said, “I am afraid that after a long time has passed, people may say, “We do not find the Verses of the Rajam (stoning to death) in the Holy Book,” and consequently they may go astray by leaving an obligation that Allah has revealed. Sahih al-Bukhari Book 86, Hadith 56

It was narrated that ‘Aishah said: “The Verse of stoning and of breastfeeding an adult ten times was revealed, and the paper was with me under my pillow. When the Messenger of Allah died, we were preoccupied with his death, and a tame sheep came in and ate it.” Sunan Ibn Majah Vol. 3, Book 9, Hadith 1944

No matter which way you look at it, this Quranic passage has been lost and is no longer found in today’s Quran.

Early Islamic tradition tell us that there were differences in the recitation of the Quran that were significant enough that Uthman and others were afraid that the Muslim nation could be destroyed by its differences.

Narrated Anas bin Malik:
Hudhaifa bin Al-Yaman came to Uthman at the time when the people of Sham and the people of Iraq were Waging war to conquer Arminya and Adharbijan. Hudhaifa was afraid of their differences in the recitation of the Qur’an, so he said to ‘Uthman, “O chief of the Believers! Save this nation before they differ about the Book (Quran) as Jews and the Christians did before.” Sahih Bukhari Vol. 6, Book 61, Hadith 510

This hadith makes it very clear that there were different recitations and those differences were significant enough to potentially cause deep division among the Muslims. It’s worth noting that Uthman was an extremely unpopular Caliph who went to war with both Ali, the cousin and son in law of Muhammad, and Aisha, Muhammad’s favourite wife. Ali was actually born within the Kaaba, which is the most sacred site in Islam.

The original copies produced under the authority of Uthman and sent out to the Muslim provinces were missing sura 33:23.

So ‘Uthman sent a message to Hafsa saying, “Send us the manuscripts of the Qur’an so that we may compile the Qur’anic materials in perfect copies and return the manuscripts to you.” Hafsa sent it to ‘Uthman. ‘Uthman then ordered Zaid bin Thabit, ‘Abdullah bin AzZubair, Said bin Al-As and ‘AbdurRahman bin Harith bin Hisham to rewrite the manuscripts in perfect copies. ‘Uthman said to the three Quraishi men, “In case you disagree with Zaid bin Thabit on any point in the Qur’an, then write it in the dialect of Quraish, the Qur’an was revealed in their tongue.” They did so, and when they had written many copies, ‘Uthman returned the original manuscripts to Hafsa. ‘Uthman sent to every Muslim province one copy of what they had copied, and ordered that all the other Qur’anic materials, whether written in fragmentary manuscripts or whole copies, be burnt. Said bin Thabit added, “A Verse from Surat Ahzab was missed by me when we copied the Qur’an and I used to hear Allah’s Apostle reciting it. So we searched for it and found it with Khuzaima bin Thabit Al-Ansari. (That Verse was): ‘Among the Believers are men who have been true in their covenant with Allah.’ (33.23) Sahih Bukhari Vol. 6, Book 61, Hadith 510 (confirmed by Sahih Bukhari Vol. 6, Book 60, Hadith 307 & Vol. 4, Book 52, Hadith 62.

Sahih Muslim Book 6, Hadith 266 says that Muhammad forgot part of the Quran and was reminded by someone reciting it. Sahih Muslim Book 5, Hadith 112 says that Muhammad had forgotten how many times had prostrated during prayer. Sahih Bukhari Book 66, Hadith 63 says that people accused him of forgetting verses of the Quran. If Muhammad forgot parts of the Quran, couldn’t remember how many times he had prostrated in his prayers and was being accused of forgetting other parts of the Quran, on what basis can we expect his followers to have done a better job of memorization?

Was Muhammad Really a Prophet of God?

MUHAMMAD WAS NOT A PROPHET

MUHAMMAD WAS NOT A PROPHET

And if he (Muhammad) had forged a false saying concerning us (Allah), We surely would have seized him by his right hand (or with power and might), and then We certainly would have cut off his life artery (aorta)”. Quran 69:44-46 (Mushin Khan)

In Sura 69:44-46 Muhammad makes a bold claim, namely, that if he has fabricated or invented any part of the Quran himself, then God will take hold of him and cut off his heart/aorta. What is absolutely fascinating is that, according to his own description, this is exactly how he died. Muhammad and his army had just finished attacking Khaibar, an innocent Jewish city, and many Jewish men were killed, including the husband of a women named Zainab. Zainab wanted to test whether Muhammad was truly a prophet by offering him poisoned meat. Her reasoning was that if he was a prophet then the poison would not hurt him, but if he was not a prophet then the world would be rid of him. Muhammad ate the meat became ill and died. Muhammad’s own description was that it felt as though his heart/aorta was being cut off.

Narrated ‘Aisha: The Prophet in his ailment in which he died, used to say, “O ‘Aisha! I still feel the pain caused by the food I ate at Khaibar, and at this time, I feel as if my aorta is being cut from that poison.” Sahi Bukhari 5:59:713 (Mushin Khan)

He then said of the pain of which he died: I continued to feel pain from the morsel which I had eaten at Khaibar. This is the time when it has cut off my aorta Abu Dawud 4498

Muslims often respond by arguing that the word translated “aorta” in Surah 69:46 is الوتين (Al Watina) and the word used in the Hadiths is أَبْهَرِي (Ab’hari). This is correct, however, both words mean the same thing, especially in their context. This is easy to see when you look at an Arabic dictionary for those words. You can click on each word to get the dictionary meaning. الوتين (Al Watina), أَبْهَرِي (Ab’hari). Combine this with the fact that all the translators of the Quran and Hadiths use the word aorta, and you have a pretty good argument that Muhammad fabricated the Quran.

TO ADD INSULT TO INJURY

TO ADD INSULT TO INJURY

As if the arguments above are not enough, there is another amusing Hadith which adds insult to injury. This Hadith which Im about to read to you is repeated is Bukhari at least 4 times. In Sahi Nukhari Volume 7, Book 71, Number 664, Mahammad claimed that if you eat seven Ajwa dates in the morning then no poison can hurt you. It’s a pity Muhammad forgot to eat his morning dates. Not only this he but the third Caliph, Othman, the one who burned all the Quranic manuscripts except his own special copy, he died because of a poison tipped sword from a fellow Muslim in battle. He didn’t eat his morning dates either.

Narrated by Sad; I heard Allah’s Apostle saying, “Whoever takes seven ‘Ajwa dates in the morning will not be effected by magic or poison on that day.”Sahi Bukhari 5:59:713 (Mushin Khan)

It seems as plain as day that Muhammad died in the very fashion he said he would if he had fabricated the Quran. This evidence is undeniable. Furthermore, the very remedy which he claimed could save both himself and everyone else from the effects of poison was an absolute failure. This is not a man that anyone should follow, especially not you or me.